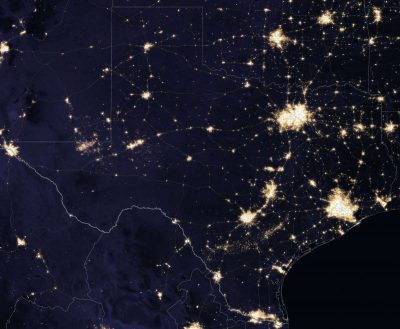 At its highest level, electric power elevates us in so many ways.  It helps us build our awareness of local and global events, understand the experiences and perspectives of others, and collaborate with others to enact change.   It is a driver of our economy, giving us efficient manufacturing, services, and e-commerce.  And electric power is also an enabler for us to stay connected with family and friends, to extend our education, and be entertained in so many different ways.

But as we were reminded by events in Texas this week, electric power is also existential, a critical element in the food chain, water supply, and maintaining livable environmental conditions.  Forget the temporary inability to watch choreographed reality shows on TV – people in Texas this week involuntarily became part of the world’s largest  “Survivor” cast,  searching desperately for fresh water, food, and shelter and adequate clothing in order to survive.

So what happened to cause the loss of electric power, leading to horrible circumstances and even loss of life?  Over the coming months and years, the events will be discussed and debated at legislative, regulatory, and engineering/operational levels.  At this point, initial observations and data seem to point to a few things.

First, the position that it was a ”grid design thing” and that the electric grid failed is not accurate.  The “grid” itself  didn’t break, per se, as the electric grid is the electric transmission and distribution system.  This week’s event was fundamentally different from most HILF (High Impact Low-Frequency) events on the power system caused by weather such as hurricanes, super storms, and ice storms, since this week’s event did not have massive damage to the transmission and distribution infrastructure.   The distribution system had its typical outages due to the ice and snow, but at this point do not appear to be abnormal.  The transmission system also functioned as planned and designed, although the argument that the Texas transmission system’s ties with other states should be much stronger may have some merit.  That debate will no doubt consider that neighboring states also had issues created by the deep freeze, and the amount of generation that Texas could have imported, if stronger ties had existed, may have been minimal.

This week’s events were not a failure of the transmission and distribution grid, but a result in the inability to balance the two things that the grid connects: online generation capacity and the electric load.  Whenever it becomes impossible for operators to maintain that balance, and load becomes greater than the available online generation capacity, the load must be reduced.  But when looking at preventing a similar event in the future, it is the forecasted versus actual quantities, of both generation and load, that has to be examined in regulatory, electricity market, and engineering perspectives.

At the beginning of the week, the electric load did break records and did exceed ERCOT’s (Electric Reliability Council of Texas, the grid operator in Texas) extreme winter load forecast.  The actual peak load was reported by ERCOT at 69,222 MW on February 14 at 8 pm.  ERCOT’s extreme winter forecast last November was 67,208 MW.   Additional analysis will certainly be done to estimate how much greater the actual peak would have been, compared to the 69,222 MW if load shedding had not started. The 2,000 MW difference between actual and forecasted demand was significantly below the reported maximum of 10,500 MW of demand that was shed.

It is likely that the variance in the forecast will be explained almost completely or entirely completely by the unforeseen cold weather and extreme temperature.   The issue that Texans will need to debate is not whether ERCOT’s forecasts were correct – the issue will be what level of extreme cold should the entire energy infrastructure be designed and operated for, from fuel supply down to electric loads.  The design level of extreme cold weather was no doubt considered to be very conservative at the time it was developed, and it was judged to be minimal risk that load would exceed generation.  Of course we now have the benefit of hindsight.  But given the level of cold weather seen this week and the horrible consequences, particularly in the context of climate change discussions, the challenge will be to come to agreement on the appropriate levels to design to.

On the generation side the data shows, and ERCOT has stated, that all generation sources, regardless of  fuel type, had shortfalls from the ERCOT forecasts.  Renewables did not perform as expected, but natural gas generation’s shortfall was the most damaging in a state where natural gas-fired generating capacity is greater than 50% of the total capacity.  It has been cited that the cold weather induced problems in gas wells and gathering lines, pumps used in the gas collection process, and issues with the generating stations that utilize the gas to make electricity.  In the petroleum and gas abundant Texas region, the relatively inexpensive generation using natural gas has been a large benefit.  Improving the availability of natural gas during extreme cold events will no doubt be addressed.

From a more real-time perspective, the Energy Information Administration (EIA) has summarized ERCOT load and generation data from the event.  The forecast demand is day-ahead forecast information.  It is assumed that the peak demand forecast is based on day-ahead forecasted weather conditions, and the forecasted demand is therefore much higher than the 67,208 MW in the extreme winter forecast done in Fall of 2020.  From the graph, one can see the sharp decline in load starting Monday shortly after midnight. That was a result from the rotating outages that were implemented.  It shows how ERCOT was able to reduce load in order to meet the available online generation capacity, which was also falling throughout Monday.

One likely conclusion from this week is that Texas needs to spend more to be more prepared for future cold-weather events that are equally or more severe than this week’s.  As Jesse Jenkins, an assistant professor and energy systems energy at Princeton University stated this week in the New York Times, the issue then becomes how much insurance does the state of Texas want to buy, to reduce the risk of future events equal to or worse than this week’s?  Insurance is typically designed to protect against infrequent, high-cost events like this week’s.  It is certainly available for electric power, and it comes in the form of additional investments for generation, transmission, distribution, and other means to keep electric loads energized in unforeseen circumstances.

In many cases, increasing electric system reliability and resiliency tends to be expensive, and higher electricity rates need to be justified.  It is also complex – it will need to consider not only the entire electricity industry structure in Texas, including the existing market structure, legal and regulatory compliance, and the ability and willingness of the Texas economy to absorb higher rates – but also the industry structure of the fuel sources on which the electric system depends, including natural gas and renewables.  The stakes are high – the impacts of this week will persist and not soon be forgotten.

What Happened in Texas?
Scroll to top