Interconnection standards for DER (Distributed Energy Resources) connecting to utility transmission and distribution systems have evolved and will continue to change in the coming decades.  DER includes IBR (inverter-based resources), such as solar PV, battery energy storage, and V2G (vehicle-to-grid), but also synchronous machine-based generation and other types of generation.

For people involved in DER interconnection to utility systems, noteworthy standards organization include, but are not limited to, IEEE (Institute of Electrical and Electronic Engineers) and UL (United Laboratories).  The NFPA (National Fire Protection Association) also plays a critical role in DER installations in general, through the NFPA 70, National Electrical Code (NEC).

There are several primary benefits of standards in the DER interconnection to utility systems:

While there are many standards that address DER interconnection, an overview of some of the most prominent ones in the US follows.

IEEE 1547TM-2018 – IEEE Standard for Interconnection and Interoperability of Distributed Energy Resources with Associated Electric Power Interfaces – This standard pertains to criterial and requirements for interconnection of DER to utility distribution systems.  It covers both electric power requirements as well as interoperability, in terms of communication interface requirements for the DER. Some of the most significant updates in the 2018 revision included DER capabilities required for voltage regulation and reactive power control, requirements such as DER ride-through for voltage and/or frequency events which will help bulk power systems maintain reliability and stability, and the previously mentioned interoperability requirements.  IEEE 1547.1TM-2020 and UL 1741 3rd edition are aligned with IEEE 1547TM – 2018 and contain testing requirements and procedures for DER interconnecting to distribution.

IEEE 1547.9TM-2022 – IEEE Guide for Using IEEE Std 1547™ for Interconnection of Energy Storage Distributed Energy Resources with Electric Power Systems – This is a guide, not a standard, for interconnection of energy storage to distribution systems.   It provides reasonable and technically-sound guidance and expands upon the energy storage topic beyond what is covered in the parent IEEE 1547TM-2018.  It provides guidance on vehicle-to-grid (V2G) as well as other topics.

IEEE 2030.5–2018 IEEE Standard for Smart Energy Profile Application Profile – IEEE 1547TM-2018 requires that one of three interoperability protocols be implemented in a communication interface, and IEEE 2030.5 (SEP2) is one of them.  IEEE Std 1815-2012 (DNP3), which is the dominant SCADA protocol used by large utilities is another, and SunSpec Modbus is the third.  IEEE 2030.5 received a major boost several years ago when it was mandated by the California Rule 21 tariff, where it will be used between DER aggregators and DER.

The above list is by no means a complete list.  But they are playing a significant role in DER connections to utility systems, and will continue to evolve as the DER industry grows.

Tim Taylor is the founder of Electric Distribution Academy, and all his courses are hosted exclusively on HeatSpring.  Tim is the instructor for “Interconnection of Utility-Scale Solar PV to Distribution” and the upcoming “Understanding IEEE 1547-2018 – Interconnection Standard for DER on Distribution”, which you can sign up for now and is scheduled to go live in February 2023. 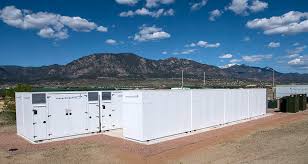 The development and publishing of interconnection standards and guides to facilitate the large numbers of grid-connected DER (Distributed Energy Resources) to utility systems in the coming years continues, with a new guide focused on energy Read more…