An incident occurred in central North Carolina on Saturday night, December 3, about 45 minutes from where I live, in which equipment in two substations was made inoperable by gunfire.  The result was approximately 40,000 customers without power.  As of the morning of December 6, the outage map of Duke Energy, which serves the area, still shows over 30,000 customers without power.  While equipment has been damaged by gunfire in the past (PG&E Metcalf Substation), I’d like to share my thoughts about this event in NC, relative to the Transmission-Distribution system, utility-scale PV in the area, and what role customer-sited DER (Distributed Energy Resources) is playing now and will play in the future.

Substations are a key part of our Transmission-Distribution systems.  Many systems are designed to withstand the loss of one piece of equipment, and still be able to serve customers even though those customers may see an outage lasting from a few minutes to a few hours.  In the electric power industry, the concept of “n-1” contingency planning is commonly used, which means that a system can have one key piece of equipment fail, and all customers continue to be served.  In some cases, “n-2” contingency planning is used, meaning that the system can have two key pieces of equipment fail with no loss of service to customers.

In this particular case, Duke Energy and other authorities have not released specific details about the equipment that was taken out of service by the gunfire.  We know that two substations were involved, and that this was a multiple contingency event.  Duke Energy is estimating that all customers should be restored by December 8, which signals to me that major pieces of equipment must be replaced.  (I have an understanding of what those equipment are, but will not specify them here).  The damaged equipment has to be removed, site cleanup needs to occur, and replacement equipment with the correct ratings has to be shipped, installed, and tested before operation.  For major pieces of equipment, this takes days.

Looking at Google Maps, there are at least several utility-scale solar PV farms located in the area of the outages.   It’s not possible for me to discern if the output of these solar PV farms has been affected – that is, if they are interconnected to circuits that have been de-energized due to the substation outages.  But if that is the case, then there is some loss of revenue occurring for the solar PV plant owners, which could be as long as several days worth of production.  In this particular case, we are about 15 days away from the winter solstice, with short days and low sun altitudes.  Also the weather has been cloudy.  This indicates that the revenue loss is not as great as it would have been if this event occurred in June or July.

Nonetheless, on distribution circuits in the US, we typically see about 1 – 10 hours of cumulative outage time per year, and not 5 days (120 hours) that may be occurring in this case.  So any utility-scale solar PV plants connected to de-energized circuits in this case are seeing roughly 10 times the number of outage hours this year, but the loss of revenue is lessened by the fact that the outages have occurred in December.

It is obvious that the impacts of the outage on customers in the area would be reduced if there were higher penetrations of behind-the-meter DER (located at the customer).  Backup generators fueled by  natural gas, propane, gasoline, and diesel are certainly operating at an affected hospital, some businesses, and at a small percentage of residential customers.  This helps a bit, but the vast majority of over 30,000 customers having no power for multiple days have no local backup.  There are substantial hardships, including economic, and some are life-threatening.

The question of having sufficient local DER, located at these customers over multiple days, is one of economics.   Microgrids, with a mix of both renewable and fossil-fueled generation, storage, and load control, have been proven in applications such as military bases, campus and resort settings, and some other applications.  So technically, it can be done, and with the economics of solar and battery energy storage improving substantially over the last ten years, we will continue to see more applications.  Even vehicle-to-grid (V2G) will be able to help more customers have access to at least some electric power, as the technology and standards continue to evolve in this area.

At this point in time, looking at the cost of such solutions relative to the frequency of long-duration outages usually results in the solutions being deemed infeasible.  As we continue to place more policy and economic incentives on local infrastructure solutions such as additional back-up power, microgrids, and other measures, and as the frequency of long-duration outages continues to increase, including those due to climate change, these solutions will become more common.  It will take years and decades of leadership, innovation, and hard work, but this event has sounded another alarm, and we must act.

Tim Taylor is Owner of Electric Distribution Academy, and instructor of multiple courses on the HeatSpring platform on electric distribution and interconnection of utility-scale solar PV to distribution. 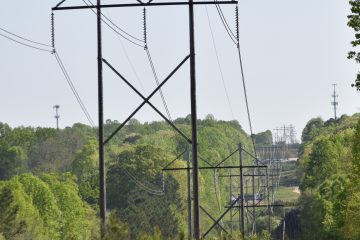 IEEE 2800-2022 and Interconnection of Solar PV to Transmission Systems

For anyone that missed it, on April 22, 2022 (Earth Day) IEEE published a new standard that is important for those dealing with Electric Transmission systems: “IEEE 2800 – 2022: IEEE Standard for Interconnection and Read more…